The Surrey Youth League (originally The West Surrey Boys League) was founded in 1966 by a group of enthusiasts. Bill Nash was one of the founder members, he became a life vice president of the league and remained involved until his death in 2013.

In memory of Bill the league decided to commission a cup to be awarded to a worthy recipient each year. The League awards the cup to an “Unsung Hero”, someone from our clubs who perhaps goes unnoticed but who has over the years dedicated a lot of time and effort into ensuring young people can enjoy participation in football.

Every one at Sheen Lions is absolutely thrilled that this year the League has made the Bill Nash Award to our Club Secretary Sarah Street. We all know what a huge amount of time and energy Sarah has dedicated to youth football over many years and she fully deserves this recognition. 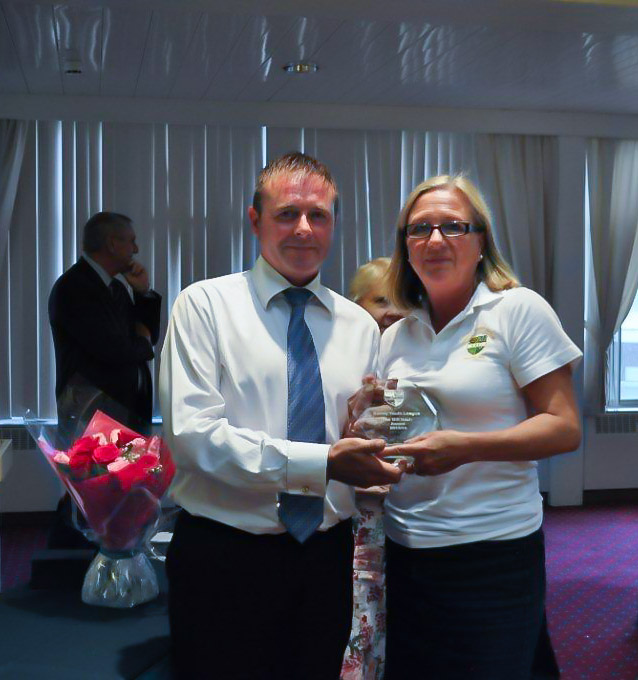 At the same Surrey Youth League AGM Sarah also received the U14 Sportsmanship award on behalf of our U14 Lions squad. 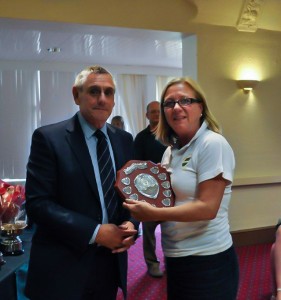