Under 16’s Both Score 6 For Convincing Wins

Frank Thompson, General Secretary of the Surrey Youth League has nominated Sheen Lions for an FA Respect and Fair Play Award. FA staff will assess the nominations and winners will be presented with an award at the FA Cup final on 5th May.

The FA remains committed to driving up standards of behaviour in football and the Respect Awards allow them to celebrate those leagues, clubs and individuals that have been exceptional in tackling difficult problems and ensuring that football is played in a fair, decent and enjoyable environment.

Sheen Lions are delighted to receive the nomination from the Surrey Youth League. Our Club Secretary Sarah Street said:

“I am absolutely thrilled that the club has been nominated for the National Respect and Fair Play Award. Whether we win, or not, it is a great testament to all our managers and coaches  for their effort and determination to make the game of football what it should be.” 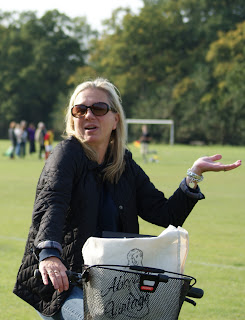 In his citation Frank Thompson said:

“Sheen Lions are a model club in terms of all that is good about the respect programme and are an example to others of how to behave towards, opponents and officials. They have a very strong Club Secretary and Committee that endorse best practice behaviour and who implement the respect codes throughout parents, management coaches and players alike.”


“They have been seen to act swiftly with any misconduct that may arise and can be relied upon to always act in the best interests of the game.”


“They have consistently over the last five years been in the top five of 150 league clubs (600 Teams) in the league respect marks system. They have won the league divisional respect awards in different ages over the past few years. They will be the Focus Club of the league’s respect day later this month.”