Progress In The Cups – 6th November

Cup Disappointment But We March On In The League 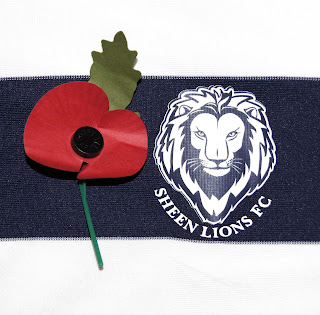 Remembrance Sunday is always an important day in the calender and it was great see boys across all ages from all teams unified in observing two minute silence today.

On the field, it was another outstanding day with only 4 defeats in 16 games.

Both Under 8’s teams were in action and provide very impressive performances.

Nidals’s Under 9 Lions found the form they have been promising in the last few weeks with a 7-1 win at Worcester Park, whilst Nick and Gavin’s Under 9 Pride lost so narrowly 1-0 to a strong Esher side.

Martin and Michael’s Under 10 Lions team went back to the top of the league with a 6-3 victory at Raynes Park, whilst David’s Under 10 Pride had an exciting 3-2 victory at Whitton. In the Under 11’s Jon and Alastair provided their second win in consecutive weeks with a 4-1 win over Corinthian, whilst David on his return from a very successful New York marathon played a high flying Meadow Sports team and had an impressive 2-0 victory.

In the 12’s, Bernie’s Pride continues their good form with a 5- 2 win over Junior Bees but unfortunately Mel’s Under 12 Lions went out of the County Cup 3-0 against a good Melwood team. The Under 13 Pride played an important league game in the top 4 and scored late to earn a 2-2 draw v Barnes Eagles.Terrys under 13 Lions went down at Feltham. The Under 14’s was all about goals. Rick’s Pride won 6-3 at Barnes Eagles to go fourth in the league, whilst Trevor’s Lions went one better with a 7-3 victory at Worcester Park in the Surrey County Cup to progress into the third round with hat-ricks apiece for Rory J and Patrick B.

Michael and Mark’s 15 Lions delivered their best Premier Elite league result of the season with an impressive 4-1 win over a strong Mitcham Park side to continue their run of good form.

Probably the most exciting match of the day was Brian’s Under 16 Lions who played in a game that seem to swing one way then the other before eventually winning 4-3 v Claygate. Unfortunately the Under 16 PRIDE lost a close game in the Surrey County Cup at Tongham in North Hampshire losing 4-3 AET. John’s Under 18’s look like they will be title contenders this year with a 6-1 victory over SCR colts.

TEAM (s) OF THE WEEK this week is a tough choice. I will give it to two teams again. The Under 11 Pride and the Under 9 Lions.

Under 11 Pride – after completing the New York marathon in 3 hours and 47 Minutes last week, David managed to refocus and produce a great league win against very tough opposition . Now 2nd in the table the Under 11 Pride have responded to 9 v 9 football really well, and much credit should also go to their coach Freddy.

Nidal’s Under 9 Pride have had a tough start in their first league season but have not been overwhelmed by any opponents . A 7-1 victory at Worcester Park is richly deserved. WELL DONE TO BOTH TEAMS. 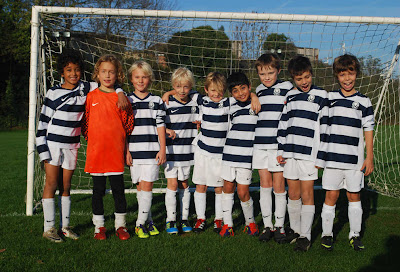 U9 Lions
Team of The Week

We also wish Michael Morgan well on his long overdue holiday . Five of his six teams won this weekend which is great credit to the hard work he has put in, but we offer him an enormous vote of confidence!! and look forward to seeing him next week. WELL DONE