Sheen Lions help the first of its Presentation Evenings at the Bank Of England Sports Club Hospitality room in Roehampton on Thursday 14th May for their U13, U14, U15 and U16 age groups. 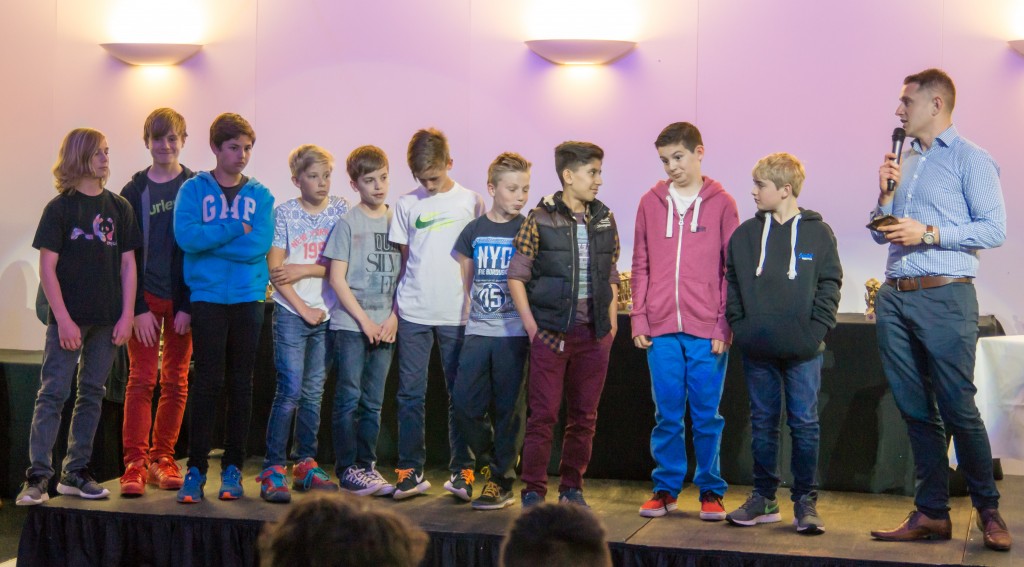 U13 Lions on Stage

As always the evening started with the Club thanking all the coaches and many of the volunteers that are so vital in helping all our boys play football.

In deference to the importance of the A and AS level exams now under way the U18 age group were first on stage. For many of U18 Lions this is their last season for the Club and most of these boys have been with Sheen Lions since mini football. 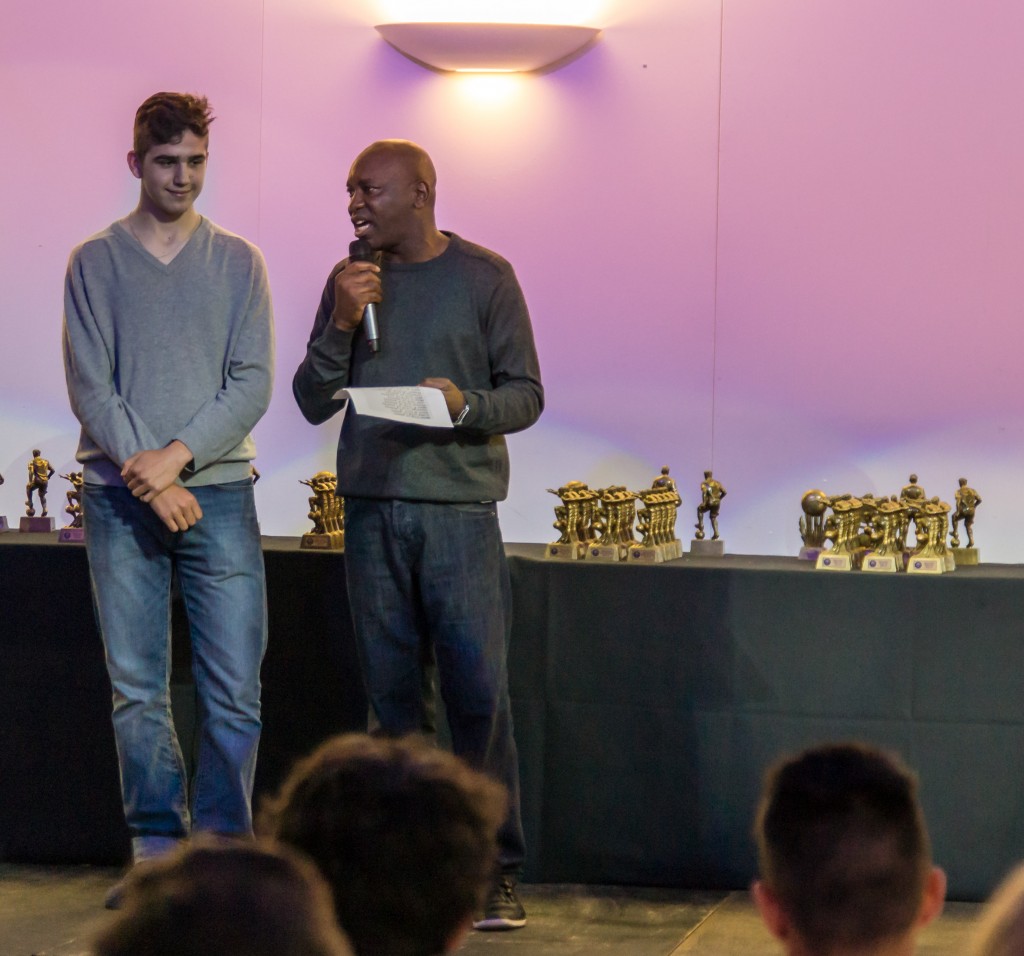 Charlie P – First In Last Out

In a nice touch the U18 left the stage in reverse order of joining Sheen Lions. Last off the stage was Charlie P. Charlie started playing for Sheen Lions at the age of 5 and has been part of Sheen squads that have reached four major cup finals in the last five seasons. This season, not only has he won the Premier title and the Surrey County Cup with Sheen but also the Surrey Schools Cup and the London Independent Schools Cup and played in the National Independent Schools Cup final at Milton Keynes.

Our younger teams will be at the Bank Of England Sports Club this week, 21st May for their event.