Open Day For Children Currently In Years 2, 3 and 4 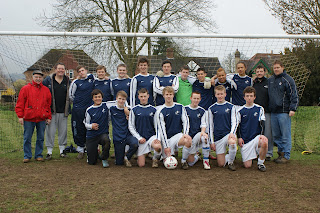 Congratulations to our U18 side.

In their last home game and penultimate match for Sheen Lions on 6th March a crown of around 200 saw Sheen fight back from 2-0 down to a 2-2 draw with Kew Park Rangers to keep their grip on the title.

Yesterday a 72 seater bus was booked to take a large support to Dorking for their final match against Brockham Badgers, and the boys did not disappoint. A goal from Hill gave a 1-0 half time lead which kept the crowd on their toes, but another goal from Hill, and goals from Major (penalty) and Tyler sealed a 0-4 victory and won Sheen Lions the Surrey Youth League Premier Elite Division title by a single point.

With 14 league goals for the season Tom Hill is the top scorer in the division and with 28 points for the U18 age group, so an additional congratulations to him. 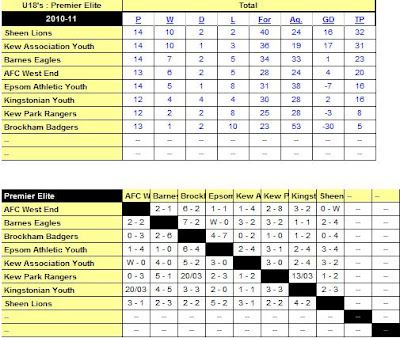