Sheen Lions U8’s Cubs played their first ever game on Saturday at Westside.

Both teams found the games very challenging,  both the Westside teams are already  playing matches on Sundays, so have game related experience and are used to playing as a team.

Having said that we made it competitive for them. Sean the Westside manager said ” We normally win 8-10 nil but for Sheen Lion’s to keep the score to 4-1 was amazing”.

The players, parents and of course Anthony & I were happy with the performances and are looking forward to the next one. 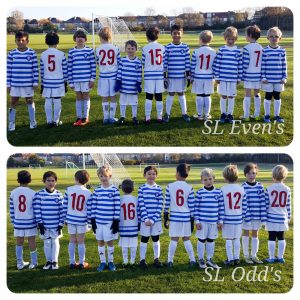