U6 and U7 At Westside 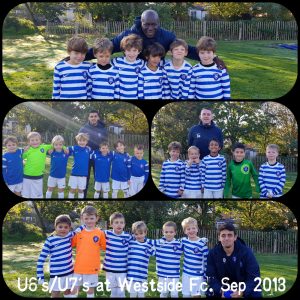 U6 and U7 Westside

Twenty five promising young Sheen Lions players had the opportunity to play against three very good Westside teams today. With one squad of U6’s and three squads of U7’s.
All players were able to apply their knowledge and understanding of what they have been working on over the past few month’s and use them in game situations. The boys were able to play within a team (the majority playing for the first time against opposition), with everyone playing extremely well.

Head Coach Michael said “Thanks to coach Sam, Dom and Ryan all players over the last 7 weeks have come on leaps and bounds, but still have a lot of learning and developing to do during the rest of the season”.