Happy Christmas From Sheen Lions U11

U8s At The QPR Tournament In December 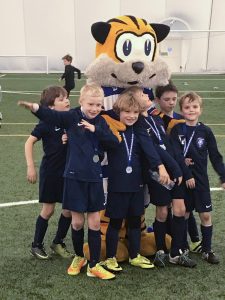 A selection of U8 boys took part in a winter football festival organised by QPR on Saturday 10th December.

Matches were 6-a-side 15 minute matches and held on 4G pitches at their academy dome in Hounslow. The team did incredibly well to adapt to smaller pitches and the quicker pace of the game, coming back from losing the first two games by winning the final three games.

It was a great experience for the boys and they enjoyed playing against a different group of boys, getting a medal and meeting the QPR mascot!