Merry Christmas To All

Lionel Messi, the world’s best footballer, has revealed his support for Sheen Lions FC. The revelation was witnessed by 90,000 people attending a Barcelona home game in the Nou Camp. During one of Messi’s goal celebrations he revealed the Sheen ‘lion’ image on his undershirt. Wicked! 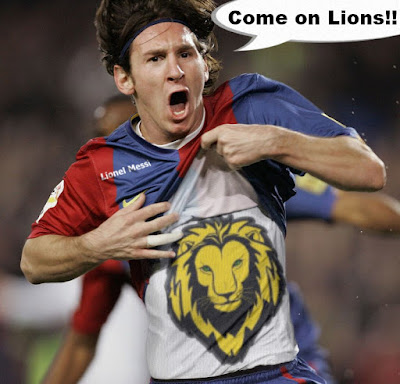