Sheen Lions U12 Win Their Division 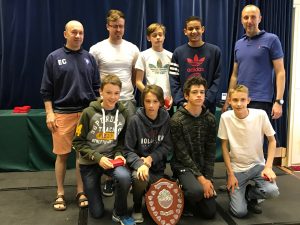 On Sunday 20th May Sheen Lions Pride U14 were awarded the SYL Division 3 Shield and medals for each of the players.

The team is made up of 17 players; half of whom are long term Sheen Lions boys and half who joined at the beginning of the season. Gareth their coach has done a great job over the course of the season is shaping a strong squad that delivered some impressive stats; the boys scored 71 league goals, only two lost league matches across the entire season, conceded only 24 goals and won the league with a 7 point lead. And thanks to Sheen Lions for donating money for goals they raised £50 for Children in Need. 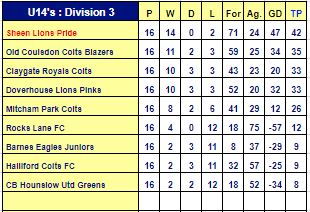 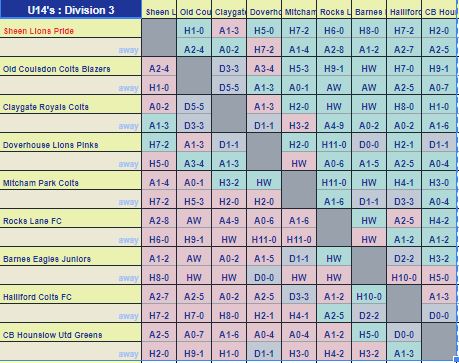