U16 Win The Walcountian 11-a-Side Tournament

Following two weeks of pre season training the Under 16 Lions headed to AFC Walcountians for an 11 a side tournament with a straight league format of 6 teams with matches of 16 minute duration.

With several players still away, the Lions took a squad of 13 including one trialist.

The first match was against a very strong Camberley Boys team with the Lions securing a hard fought 1-0 victory. Next up was a very tall East Grinstead that had won their first game 5-0. They tested the Lions defence in the first half but the fast passing and pace of the Lions forwards saw the boys win 2-0. A more straightforward victory saw off SCR Colts before we played the hosts in a tight 0-0 draw.

The final game saw the Lions needing a win to secure first place and in typical Sheen style it was left to the last minute for Josh to take a Tainton long ball in his stride and volley past the keeper. A great performance from all the boys with no goals conceded. 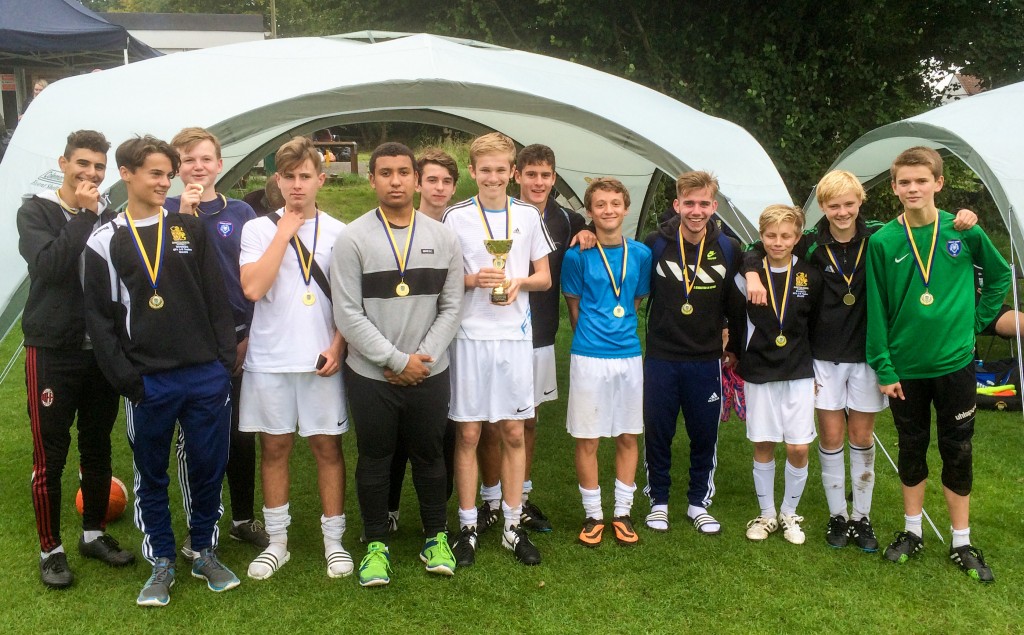